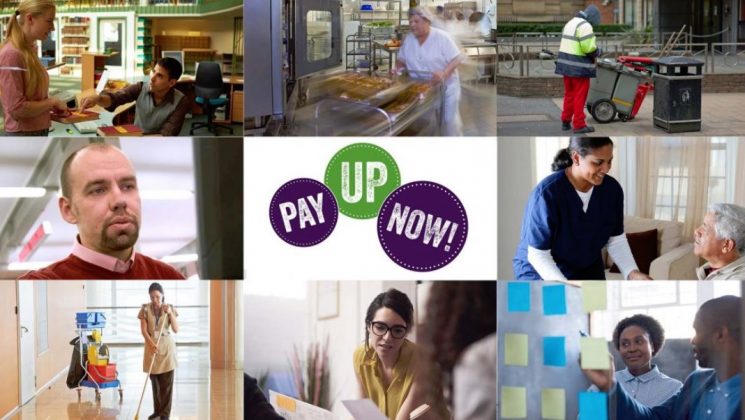 The National Joint Council for Local Government (NJC) Executive met today for the employers to respond to the trade unions’ local government pay claim for 2020.

Our claim was for a new minimum rate of £10 an hour, and 10% for everybody else. We also asked for improvements in annual leave and working hours, and joint work on mental health.

The employers made an initial pay offer of a one-year deal of 2% across all pay points from 1 April.

During negotiations, UNISON’s representatives expressed huge disappointment with the opening offer. We argued that pay settlements elsewhere have been higher, and this pay offer would leave local government further behind other parts of the public sector, as well as the Government’s long-term plans for the national living wage.

Since 2010, local government workers’ pay has fallen significantly in real terms, and as a result many of our members are struggling to get by.

UNISON called on the employers to think again and make a better offer. They agreed reconvene their full negotiating body to consider the points we made, before meeting with us again for further negotiations. We urged the employers to carry out this process as quickly as possible.

One thing you can do to help

It’s vital that we keep up the political pressure. We need local politicians to support our campaign. UNISON has produced a tool to enable you to email your local councillors, explaining our pay campaign and asking for their support.

All you need to do is click here and put in your details. The website will produce a draft email to send to your local councillors, which you can amend and personalise.

Find out more about our local government and schools pay claim for 2020.