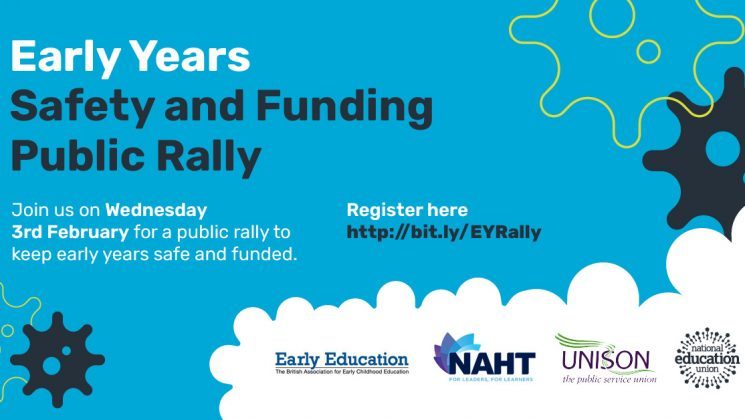 Early years continues to be forgotten by this government in the response to Covid, with early years settings being told to remain open as normal.

Concerns around safety and funding are ignored, leaving early years staff, children and local communities at risk. Cuts in funding could see many settings forced to close for good.

UNISON has joined up with our sister trade unions the NEU and the NAHT to arrange a national rally online on Wednesday 3 February from 6pm to 7pm. We are encouraging all members to register and support, not just our members who work in early years.

Confirmed speakers so far are: