Chartwells backs down on threat to sack school catering staff 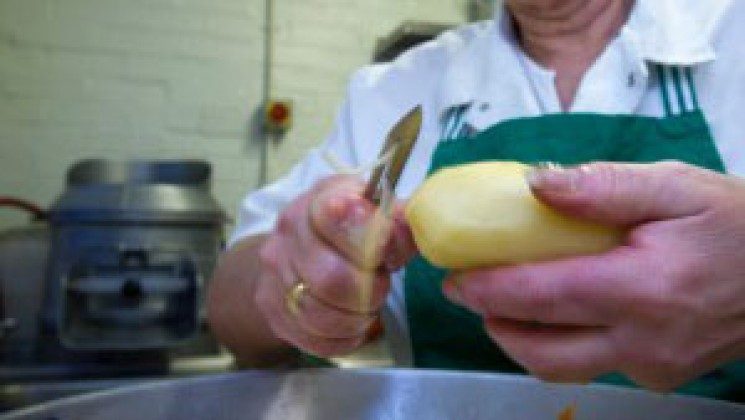 Plans by private school catering company Chartwells, who also provide school meals to some schools in North Yorkshire, to make 10 school catering staff redundant in schools in Liverpool before Christmas have been halted, following a UNISON campaign and intervention from local MPs.

As COVID-19 has caused a reduction in the number of school meals needed, the food services giant – part of the Compass group – made proposals to sack 10 low-paid women employees rather than access the government’s furlough scheme.

UNISON successfully coordinated a fight back, which included the support of Labour MPs Alison McGovern, Angela Eagle and Mick Whitley, as well as that of the leader of Wirral’s Labour council, Janette Williamson.

After pressure, Chartwells has been forced into a U-turn and will now use the government furlough scheme to “make sure no jobs are lost”.

UNISON regional organiser Tony Caffery said: “Women like these, all around the country, are working hard to make sure our children receive a meal at lunchtime. The outsourcing and privatisation of school meals provision has created a race to the bottom as private companies seek to squeeze costs to maximise profits for shareholders.

“Our members in Wirral decided to stand up against the Scrooge-like behaviour of their employer, who wanted to throw them on the scrap heap, weeks before Christmas.”

UNISON acting national secretary for business, community and environment, Donna Rowe-Merriman, said: “This highlights the fragmentation of public services delivery in England in our schools and other sectors.There are huge problems with large-scale outsourcing of public services to multi-national companies.

“The main interest for private companies is profit to pay share-holders and salaries to senior managers – not the provision of quality meals to children, some of whom come from households in poverty.”

UNISON wants to see school meals services like these brought back in-house, delivered locally and responsively to meet local needs rather than those of shareholders with no commitment to local communities.